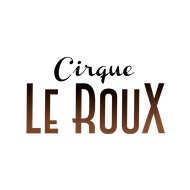 Cirque le Roux is a French circus company, based in Nouvelle-Aquitaine. Co-founded in 2014 by artists Lolita Costet, Grégory Arsenal, Philip Rosenberg and Yannick Thomas, it attempts to captivate and push boundaries through remarkable acrobatics, excellence and originality. The company received the Étoile du Parisien award in 2017, at Bobino Paris and their “The Elephant in the Room” 2015 production was nominated for a Total Theatre Award at the Edinburgh Fringe Festival.